Our Easter has been very low-key. In a way you could say we’re still ‘recovering’ from our house move, which has been draining for us in many different ways, mentally, financially and physically. We’re very, very happy to have got here, and the house suits our needs really well. Penguin is delighted to now have a bathtub, and to have his trampoline back again (even if it does take up half the garden space)! And we’re all thankful for having a proper kitchen again, with all the conveniences of modern life such as a dishwasher and a washing machine.

The surroundings are great too, with open fields outside our windows while still only a short walk from the town center. On Easter Sunday we went for a nice long walk to explore and further familiarise ourselves with our new area.

Before we were about to set off, we discovered that the Easter bunny must have hopped through our garden, as there were three small Crunchie bars, an Easter egg and a packet of Party Rings under the trampoline! Penguin was very pleased with the Crunchies in particular, though he seemed to find it a bit of a bother that he had to get in under the trampoline to collect them.

After scoffing down one of the chocolate bars and having a celebratory bounce on the trampoline, we set off on our walk.

We found a small road leading out into the fields. As you can see, we have a train line nearby, which I find quite exciting as we haven’t lived near one for about eight years. We’ve been on a few different steam trains with Penguin (both miniature and full-sized ones) but last time he went on a regular modern train he was only a toddler, so it’s something that could be interesting to do again soon. I’m not sure if he’ll like it, but I hope so!

With all the rain we’ve had lately, many of the fields have turned into wetlands, which seems to be much appreciated by all the birdlife here. With the old windmill in the background and all the water in front, this field looked almost like a postcard view from Holland…

Suddenly a cat appeared, and it was very keen to come and say hello to us. Penguin wasn’t so sure though. He’s generally happy with animals that move calmly, while those with more erratic movements can get him pretty anxious (and chickens are his worst fear). This particular cat was quite a bouncy little Tigger, and Penguin clearly classed him as a potentially dangerous beast. As if that wasn’t enough, a jolly dog then came around the corner, just as keen to see us as the cat had been.

Penguin usually finds dogs amusing to look at from a safe distance, but very frightening when they come up close. This can be a real issue at times, especially if there’s traffic about, as he percieves dogs as more of a threat than cars. Luckily there was no traffic on this little country lane, so Penguin could safely distance himself from the enthusiastic pooch, while I kept it busy (and the owner was following not far behind). With the threat of fury creatures averted, we continued our explorations.

We didn’t have any set plan, so we pretty much just let our path be decided by what gates were open or closed, and following Penguin’s lead.

…which reminds me about something I was told years ago, about using positive language, especially with kids who may have difficulties processing verbal information: If you say “DON’T step in the puddle” (using negative language), the child might only register the last part of the sentance (…”step in the puddle”). So to use positive language, such as “go AROUND the puddle” (or “on the side of”, or maybe even “walk on the dry parts of the road”) is more likely to get the result you were hoping for.

Then again, the more fun option would probably be to put wellies on (or go barefoot if warm enough) and have a proper jump in the puddles instead!

At the end of the road there was a very wide gate, with a much smaller gate on the side. We went through it and had a nosy around the edge of the field on the other side, before heading back towards town again.

Penguin was keen to take the path along the river (River Tillingham), and after that we just strolled through a few streets in town before heading homewards. On the way back we passed a chip shop, and Penguin was keen to go in, so we bought a can of drink for him there and sat down on a bench nearby to drink it and to rest our legs for a bit, before making the final part of the walk home.

In the evening we made a yummy Easter cake with zingy yellow lemon icing, and a homemade multi-coloured cake collar. Not a baker’s showpiece for sure, but the process of baking is always a good one for learning (life skills, measurements, interaction, litteracy, sensory exploration etc.), and this was our first ever attempt of making this kind of icing, so I was learning something new as well.

All in all, we had a very good day. And as I know some areas have had dreadful weather for most of the Easter weekend, I’m really thankful for the mostly dry and even partly sunny weather we’ve experienced. I hope you’ve had a pleasant Easter too, and please feel free to share with us what you’ve been up to in the comments! 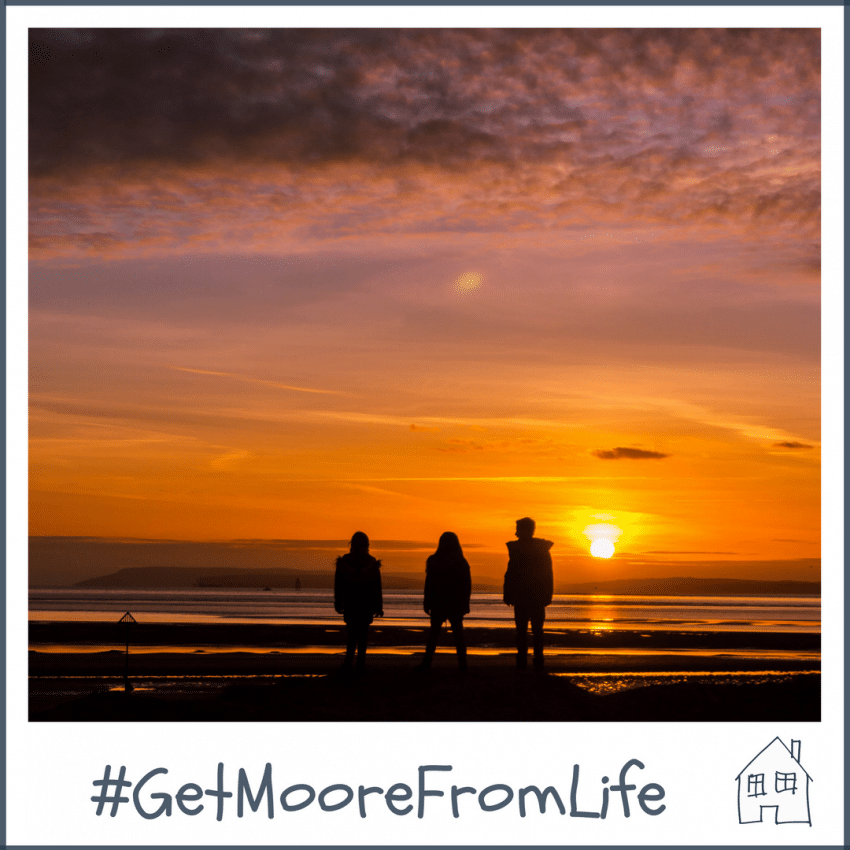