Last January we made a day trip to the north east corner of the Kentish coast, to visit the beautiful beaches at Botany Bay and Kingsgate Bay (not far from Margate). We’d never been there before so we weren’t quite sure what to expect, but it turned out to be a fantastic natrual environment and we had a lovely time exploring it in the winter sun.

I meant to do a blog post about it after we got back home, but now that I’m looking back at our 2019, I realise that this is one of the brilliant places that I never got around to posting about. As luck has it though, both beaches are still there, so now seems like as good a time as ever to share our experience with you! 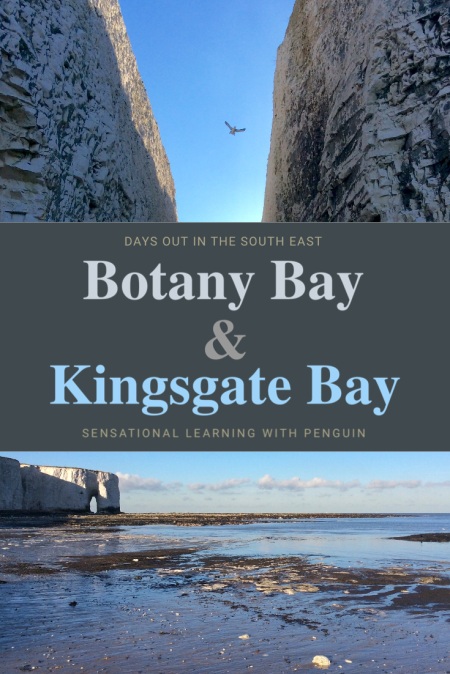 Botany Bay and Kingsgate Bay are the two most northern of seven bays on this stretch of the coast in north east Kent. They are both fairly secluded beaches, which get cut off from each other as well as neighbouring bays during high tide. At low tide however, you can walk between the two bays, as we did on our visit. The coastline here is quite spectacular with it’s chalk cliffs and chalk stacks, as well as a few caves. 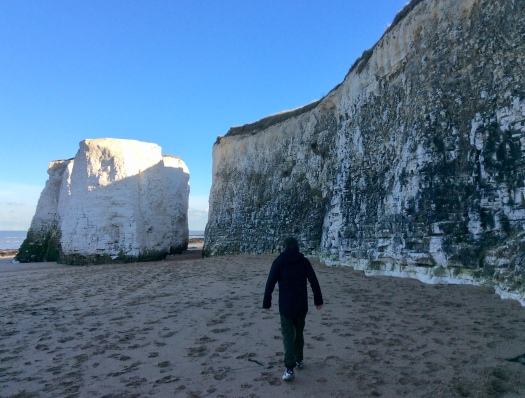 Since chalk is a soft type of rock, the cliffs get continuously reshaped by the sea, creating cavities, arches and stacks. The softness of the cliffs makes them unstable, so if you’re visiting, please beware that there may be falling rocks, and don’t go near the edge on top of the cliffs. 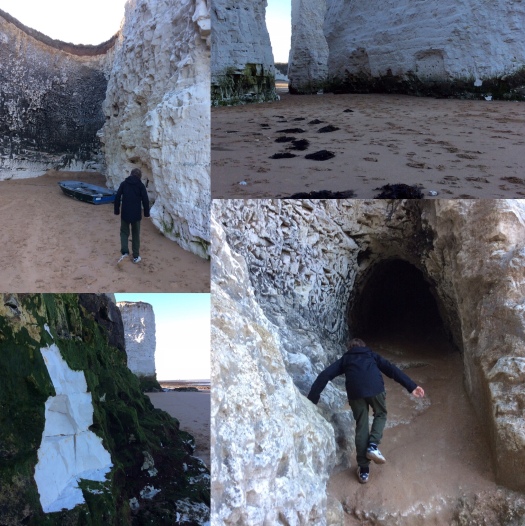 On our visit, Penguin discovered a small cave, and was surprisingly keen to enter it. He’s rarely this excited to explore the unknown, so it was great to see. Hubby was with us, so we sent him in first to make sure it was safe (and he found that it had been reinforced with concrete), then Penguin went in to join him while I stayed outside the entrance. They only went in a few short meters, but it was still exciting! 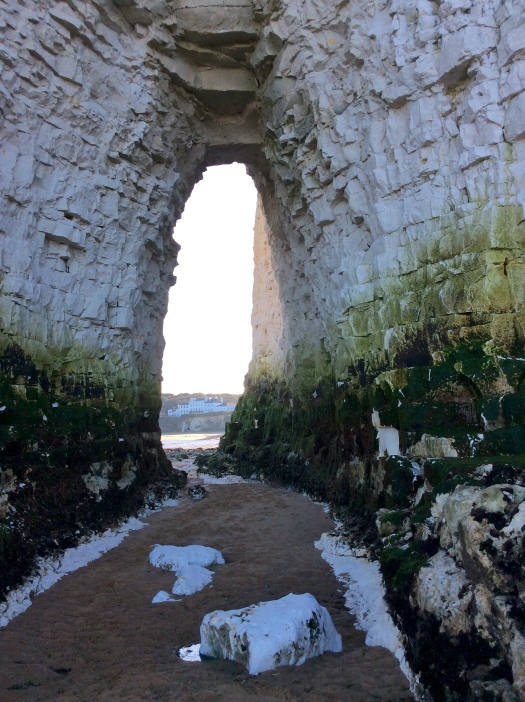 We carried on our walk along the bay, and noticed a lot of nesting birds on the cliffs. It seems like the environment here is great for them, and the water is supposedly quite clean as well, as Botany Bay is a ’blue flag’ beach. So if you visit at a warmer time of the year, it can be a good idea to bring your swimmies.

We walked through the amazing chalk gate pictured above, to Kingsgate Bay. The building you can see on the cliffs there is Holland House, which is a large country house built in the 1760’s.

Below you can see another impressive building above Kingsgate Bay, built around the same time as Holland House. It’s called Kingsgate Castle, but it’s not a real castle, even though it very much looks like one. It was originally built to house the stables for Holland House, but nowadays it houses about 30 flats! I can think of worse places to live… 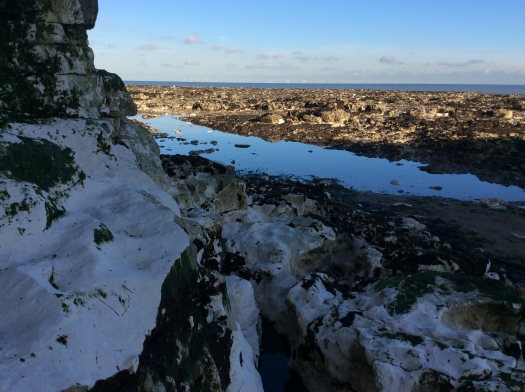 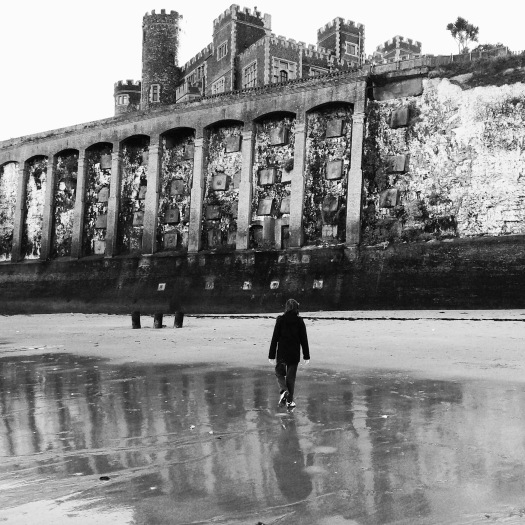 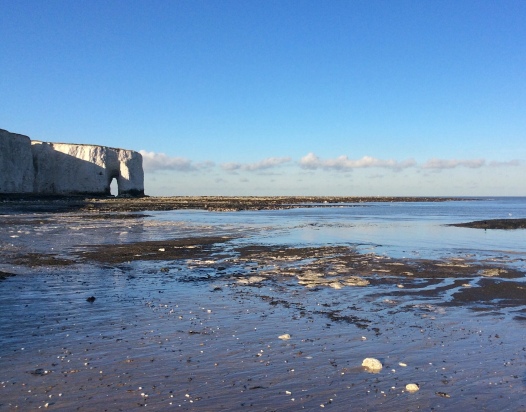 We eventually made our way up the stairs at Kingsgate, and walked back to where we had parked our car. Parking in the area is quite limited, but there is a large car park for Joss Bay which is just south of Kingsgate, so that can be a good option if you visit at a more popular time of the year. There’s also a car park by the Captain Digby public house, which is situated on the cliffs above the northern end of Kingsgate Bay, but that’s a customers car park, so only an option if you’re making a visit to the pub as well.

It might also be useful to know that are public toilets available by Botany Bay during the summer season, but they’re locked in wintertime. If you need a Changing Places toilet, the nearest one is in Margate, about 2.5 miles away. 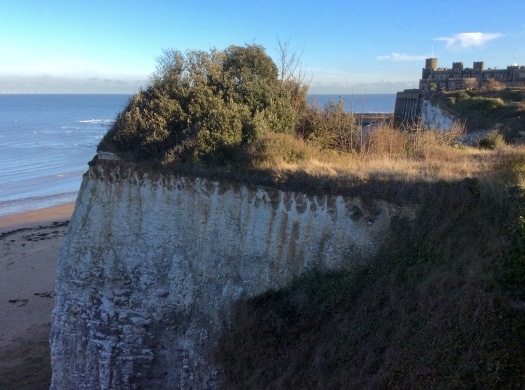 If you’d like to see some moving images as well, I’ve made a short video here:

So, what do you think, do these bays on the Kentish coast look like somewhere you’d like to experience for yourself? Perhaps you’ve already visited..? Please feel free to share your thoughts in the comments below, and thanks so much for reading! x

28 thoughts on “Days Out In The South East: Kingsgate & Botany Bay, Kent”